When it comes to the geography of Thoothukudi, beaches, flora and fauna, greenery and rocks all comes in our mind at first. Thoothukudi is located on the coastal belt of South India forming a very long stretch of the flat surface. Just like most of the part of South India, Thoothukudi has red soil and dust. Beaches of Thoothukudi are usually silent unlike other beaches and give a perfect opportunity to relax and enjoy. It is located at 81oN and 78.14oE with an elevation of about 13 ft.` 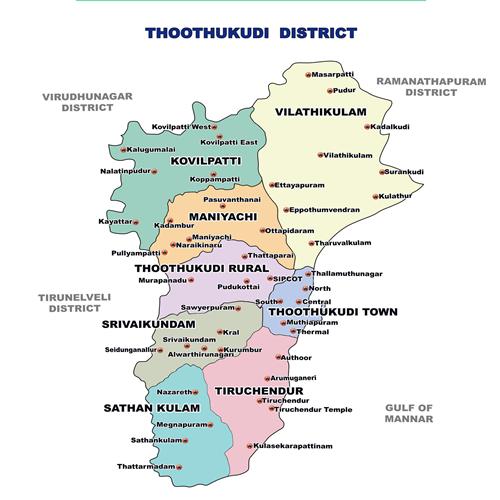 Distance Chart from Thoothukudi to nearby localities and other important cities

Being located on the coastal belt, the city enjoys tropical climate always. Usually the summers are pretty hot with a very gentle winter and frequent rain throughout the year.  Summer months start from March and end in June. Usually the climate is very hot with a lot of humidity at this time of year.  Hottest time of the year usually falls between May and June. The city enjoys a minimum and maximum temperature of 32 degrees Celsius to 39 degrees Celsius during summer months. Winters are quite cool and January is the coolest month of the year. The city enjoys a temperature of around 26 degrees Celsius during winter months from November to January. September and October are the rainiest months here. The city receives around 700 mm rainfall in entire year. Worst thing about the weather of Thoothukudi is its humidity, which you must avoid at any cost by planning your trip in winter or monsoon season as the summers give a clear invitation to humidity. Best time to visit Thoothukudi is from August to January.

Being on the coastal belt of South India, the city has flat terrain and the soil is clay sandy usually. And the water table differentiate between 1 m (3.3 ft) to 4 m (13 ft) below ground level. Sothern part of the city is full of salt pans, while northern part is made of loose soil and spiky shrubs.

Flora and Fauna of Thoothukudi

The city enjoys vast flora and fauna due to its proximity to the sea. 21 islands are located between Thoothukudi and Rameshwaram in the Gulf of Mannar forming a biosphere reserve of India, which is home to around 36000 different species of flora and fauna.  Some of the very common species of the area include holothurians, shrimps, lobsters, crabs, mollusca, algae, reef fish, coral reefs and pearl oysters. 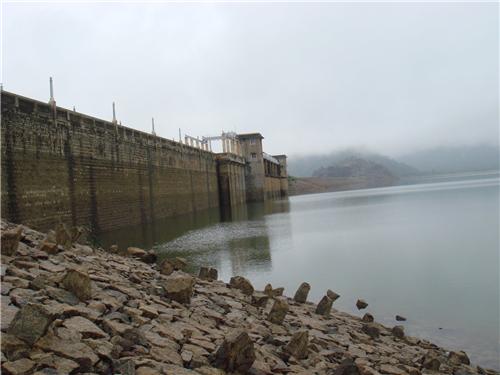 Thoothukudi does not have its own dam due to the lack of water resources and the city is dependent on Papanasam and Manimuthar dams of the neighboring district Tirunelveli for irrigation purpose. Some of the known rivers of the area are Thamirabarani River, Vaipar River and Karumeni River. As far as reservoirs are concerned, there is a small one is located in Ottapidaram taluk at Eppodumvendran village.

Comments / Discussion Board - Geography of Thoothukudi